Here's a revmascara review. Like most people, I'm constantly after longer, thicker lashes. I've read about some sort of serum sold by prescription only in the US which have been shown to boost thickness and length or lashes. But until it's available in the UK, I'll have to make do with finding a mascara to do the job!

A mascara I'm pretty fond of at the moment is Clinique High Lengths Mascara. 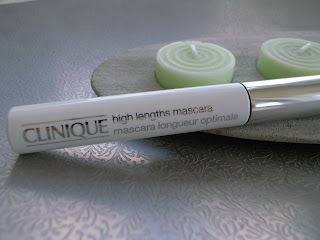 It's their newest mascara, which is said to provide length and volume upon immediate application. It's safe for those with sensitive eyes and contact lens wearers too. Which is good as I am both. According to Clinique, it has a 'willow' applicator which captures and coats all lashes to the very tip. 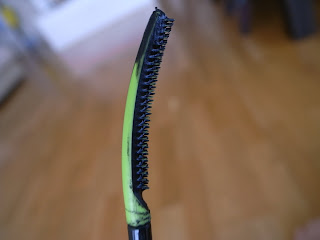 This mascara is the easiest to use out of all the ones I've tried, as it separated the lashes nicely and did not clump. Below is a picture of my naked eye. You can see (or not see as the case may be) that my lashes are almost invisible. They are very fine, and a little sparse. My best friend is Iranian, and she has the longest, fullest lashes I've seen. Even with mascara on, my lashes don't compare to her mascara-less ones. Anyway, the only feature I like about my lashes are that they naturally curl...sort of.. 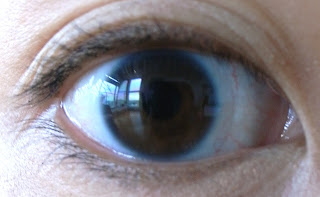 Below is my eye with the Clinique mascara. It glided on really well. I like the length and volume the mascara gives. However, this mascara did not give me the 'false-lash' effect that I craved, but natural looking longer, more luscious lashes instead. 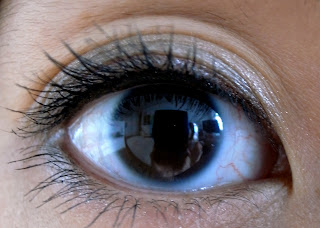 Next up is Giorgio Armani's Eyes To Kill. The name is fantastic! According to Giorgio Armani, this mascara has fine-filled fluid microtechnology to create intensely captivating lash texture. 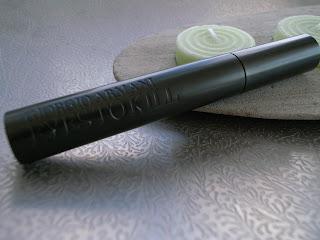 A picture of the applicator. Looks like most other mascara wands. 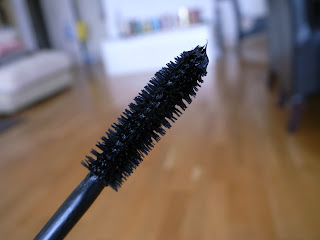 This mascara was not as easy to apply as the Clinique one. It seemed to cause my lashes to clump more, making me reliant on a spoolie to separate them. The result is longer, thicker lashes, though I still prefer the Clinique mascara. 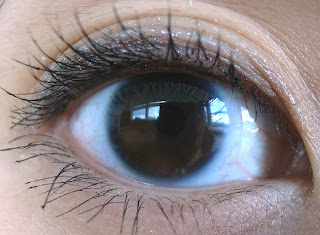 *UPDATE* since this post was written, I've rediscovered my love for my Max Factor False Lash Effect mascara. It's now my HG mascara, and need to do a post about it sometime.

I have four weddings to attend this year. I've reached the age where lots of people are getting married! Here are a couple of pics at a recent wedding. 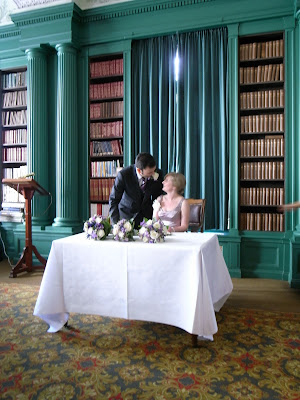 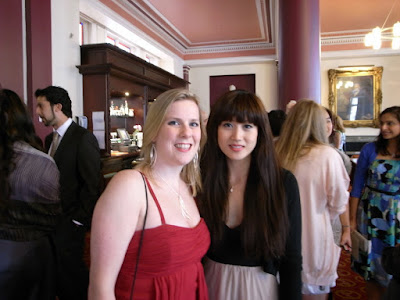 The wedding was great, in an old gentlemen's club. The couple has been together for nearly 9 years, so sweet! I wore my ASOS dress that I previously posted about. My hair looks like a puffy rat's nest in this photo. It's because the cab drivers all dropped us off at the wrong side of town and we had to rush on foot to the wedding. After all that panic, we still arrived an hour early?! But my hair ended up super bushy :(
Posted by Penelope at 9:18 AM 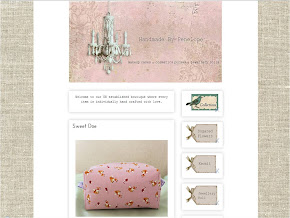